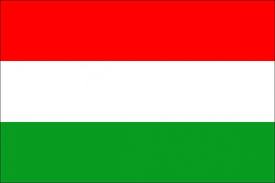 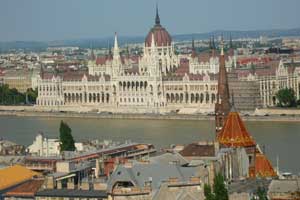 The University of Pecs is located in Pecs, Hungary, an ancient city with a rich history.  The university was established in 1367 making it the oldest university in Hungary, and one of the first institutions in Europe.  Today it is one of Hungary’s largest institutions for higher education with over 23,000 students, 2,500 of which are international.

Academics
The University of Pecs has more than 500 programs to choose from in the following fields: Education, Human Resource Development, Business, Economics, Health Sciences, Humanities, Law, Music, Visual Arts, Science, Medicine, and Engineering. There are over 350 different courses offered in English .

Housing & Meals
Exchange students have the option of staying in university hostels with roommates.  Rooms are furnished and include a sink, linens, and access to internet.  Typically, students are grouped in units and share a bathroom.  Kitchen facilities are available within the hostels.

Cost Information
Exchange students pay their regular tuition to UM, and their room and board in Hungary.  Housing is approximately EUR 120-300/month, depending on the type of accommodation (single vs. double room).  Students can purchase meal vouchers which allows them to eat at cafeterias on-campus. Meal vouchers cost about EUR 3 for a complete meal.  Financial aid can be applied towards living and travel expenses while on exchange.

Credit Transfer
UM students will register for their courses upon arrival at Pecs.  Pecs uses the European Credit Transfer System (ECTS) and students should plan on enrolling in 30 ECTS credits per semester which will transfer to UM as 15 UM credits.  The minimum full-time load is 24 ECTS credits per semester, equivalent to 12 UM credits.
Program Dates
Semester 1:  early September to  early December.
Semester 2:  early February to  mid-June

The City
Ancient and beautiful, Pécs is considered Hungary’s second most popular tourist destination behind its capital, Budapest.  The city lies on a scenic plain between the Danube and Dráva Rivers, two of eastern Europe’s most famous rivers, and the region boasts mild weather and a long summer season.
Pecs is a city with a long history beginning with the Romans, who are thought to have been the first to settle the region.  During the middle ages Pécs developed into a cultural and intellectual center, and its reputation became further solidified with the founding of the University of Pecs.
The city had agriculturally focused beginnings, due to the fertile plains on which it was founded, but more recently it is known for producing more luxurious products such as gloves, sparkling wine, and porcelain. The city’s ancient past can be seen in its architecture and it’s crumbling fortress walls, but Pecs still remains current and vibrant.  It has managed to maintain its long standing reputation as an intellectual epicenter, and with a large, innovative University at its center, Pecs will continue to do so.